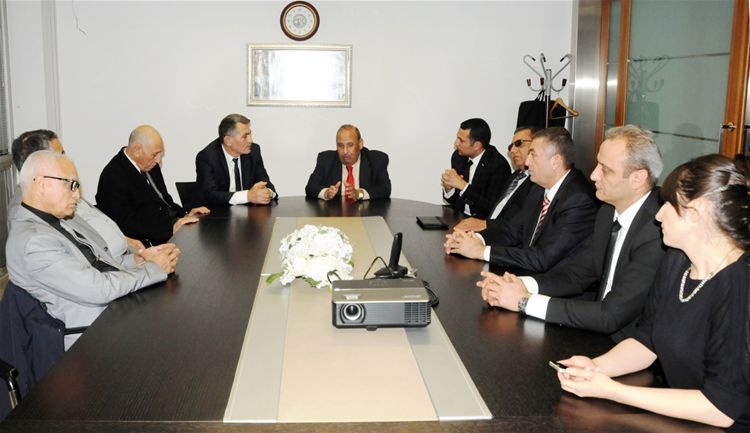 Asthe leader of the delegation, Mohamed Kafi has indicated the neccessity of cooperation and the need of stability amoung islamic countries. “We need tounite and act together. We wish to develop our relations between Turkey inevery field and share our experiences mutually.”

Mr. Kızılkaya, The General Organisation Secretary, has highlighted the vital importance solidarityof Islamic countries and continued “We as Turkish trade unionists, have serious experiences and accumulations. We also beleive the power of Moroccon unionists. By that manner, we need to unite our power to form a strong synergy. Our cooperation will contribute not also for our laborers but also for the reconstruction of our countries.”