MAGNIFICIENT WELCOMING TO ASLAN IN PAKISTAN

President Aslan, who went to Lohar at the invitation of the Federation of Trade Unions of Pakistan, received a magnificient welcome from Pakistani laborers and trade unions.
07.04.2019 00:00

Vice President of Hak-İş Confederation and the Chairman of the Öz Orman-İş Trade Union Settar Aslan, at the invitation of the Federation of Trade Unions of Pakistan (PLF), went to Pakistani city of Lahore in order to attend the international meeting on the ‘International Labour Convention on the Problems of Workers in the Face of Globalization and Privatization’ held in Lahore. President Aslan, accompanied by General Education Secretary Mehmet Çelik and Deputy of International Relations Benül Sözer, was greeted with great enthusiasm and cheered by the Pakistani Trade Union Federation executives and Pakistani laborers in Lahore.

Pakistani friendly trade unionists and brother laborers presented flowers to the President and his team, who received banners with paintings and names in their hands.

During the meeting, to which the leaders of the Pakistan Agricultural Workers Union and agricultural workers were attended in addition to the PLF executives as well as held in the Ambassador Hotel in Lahore, the problems faced by the workers in the face of globalization and privatization as well as the issue of rural development and the food security issue in the world were discussed. In the conversations, its was also focused on the relations between Turkey and Pakistan, which is growing every day. Settler Aslan, in his speech at the meeting, after mentioning their strong relationship with Pakistan based on the historical basis of Turkey, expressed his assessments on the Turkish and the world agricultural sector status as wellas on food security.

Settar Aslan visited Pakistan's Minister of Transport, Muhammad Aftab Akbarü in his office and spokefor some time. They discussed on the Turkish and Pakistani transport systems during the meeting. Minister Akbarü mentioned that he came to Turkey before and saw the developments on transport in site, and he especially liked the high-speed train project of Turkey very much, and said that they are carrying outthe necessary work for the high-speed train in Pakistan.

Akbarü stated that he was happy with the development of relation sbetween the Pakistani trade unions and Turkish unions, and President Settar Aslan invited the Minister of Transport of Pakistan, Akbarü to the 4th General Assembly of Öz Orman-İş Trade Union, to be held on April 25, 2019. 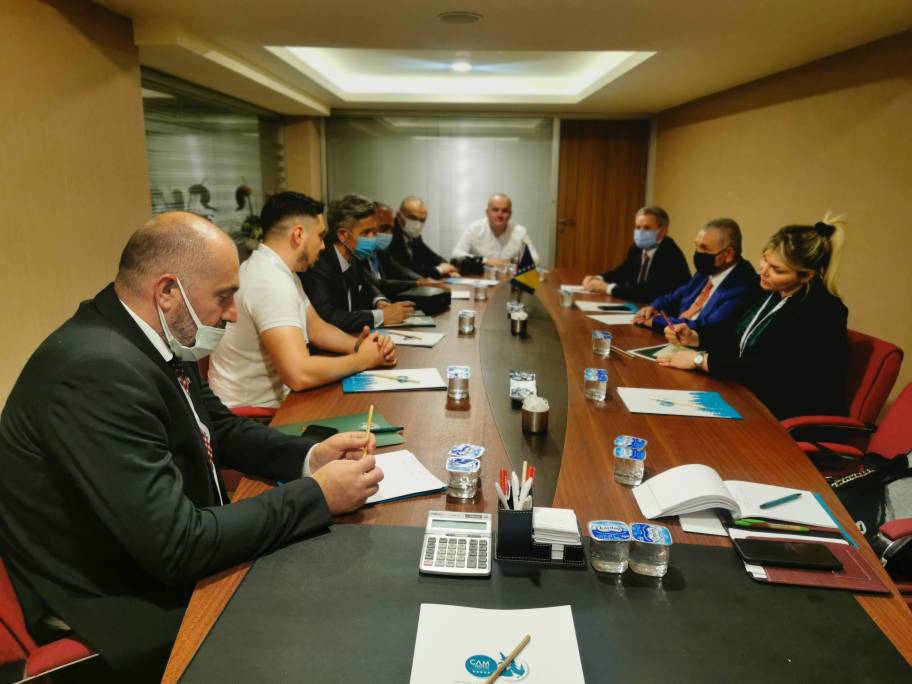 Genel 08.07.2021
OUR VISION IS TO BE THE BEST IN INTERNATIONAL FORESTRY