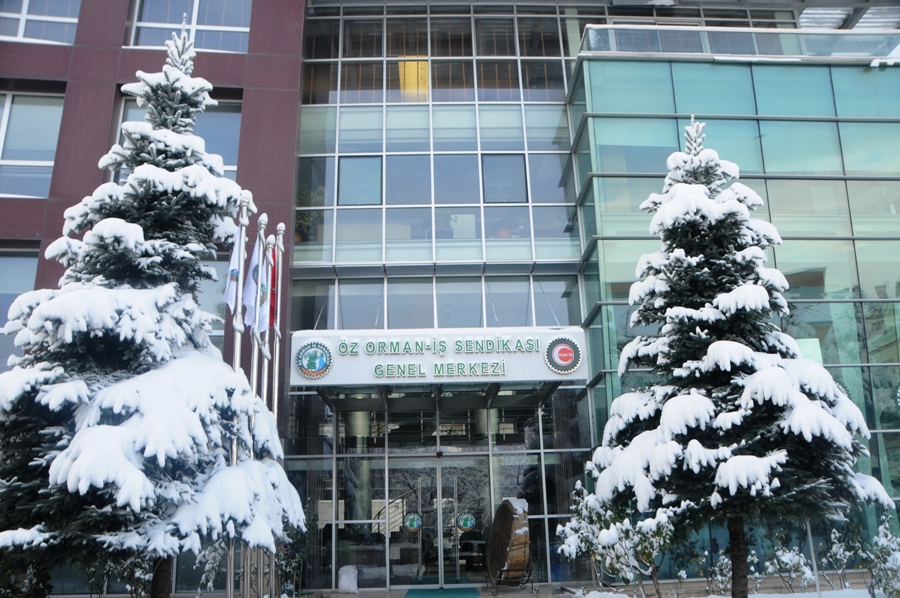 After the participation to Hak-İş, Tarım Orman-İş that rapidly maintained the organizational works and reached the majority of members required to make collective bargaining agreements at 217 directorates which are the parts of the Ministry of Environment and Forests and General Directorate of Forestry, 81 Provincial Directorates of Environment and Forests and the directorates and workplaces which are connected to Ministry. Afterwards, Tarım Orman-İş has appealed to Labor and Social Security Ministry in order to request authorization on September 3, 2004. On September 16, 2004 Tarım Orman-İş was designated as the authorized trade union for the related workplaces by Ministry of Labor. However, because of an appeal case that was litigated by another trade union, the collective bargaining agreement was being signed 4.5 years after taking the authorization.

Öz Orman-İş trade union has made The Second Ordinary General Council on july 9-10, 2011 in Ankara.

According to the statistics o fLabor and Social Security Ministry, the number of members of Öz Orman-İş Trade Union is around 28.000.